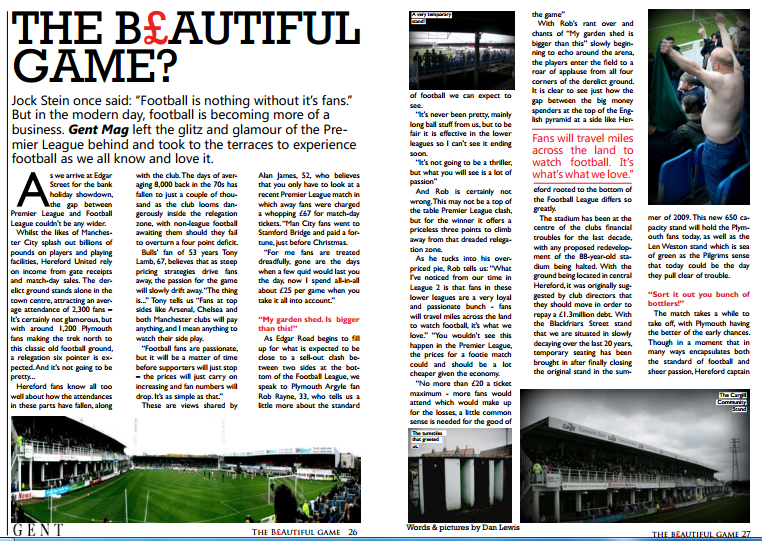 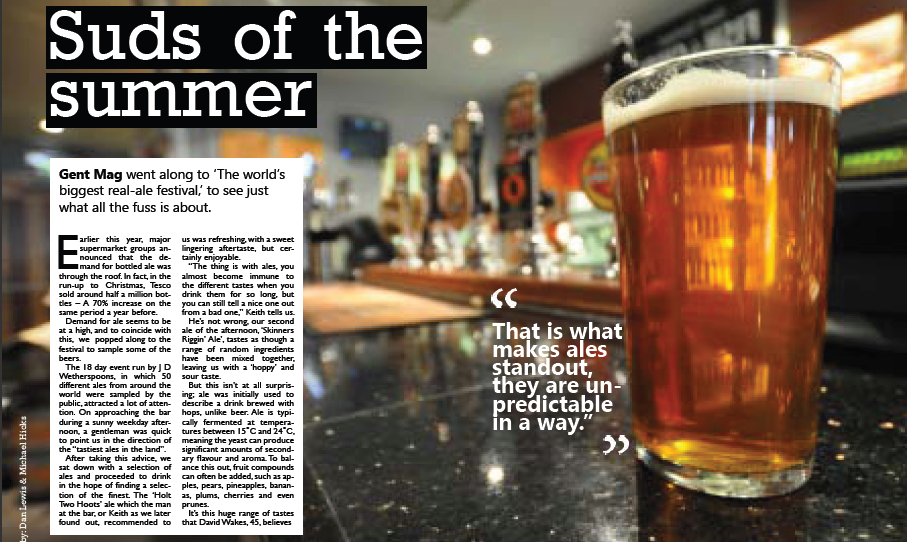 As part of a small group, we were tasked to create a new magazine which targeted men over the age of 60. I put my name forward as role of Editor - being unanimously backed by the rest of my group to take up the role. We began by conducting market research, before pitching various story ideas which would help fit into our original brief.

As Editor I played a part in each and every feature in the magazine, either attending the location, or writing the actual story. The project gave me my first real insight into what it is like to take charge of a group of people - something which I continued into my third year of study with The Phoenix newspaper.

The full magazine can be downloaded below, as well as the flatplan, schedule and various presentations which would all form part of the wider portfolio.